I am very excited to be asked to create a piece for the David & Gladys Wright House with the intent to bring greater awareness for the preservation of a great artistic treasure. The piece, consisting of a painted ostrich egg, will be on display at two events. All proceeds from the sale, will go to support Artlink and introduce the public to a great masterpiece of the Southwest. Below is where you can see the piece:

Event 1: Art d’Core Gala – March 10th from 5PM to 9PM at Hance Park (1134 N. Central Ave) Artlink’s Art d'Core Gala spotlights the significant contribution our arts and culture in creating a dynamic urban core. At this event the Arc Degree 360 eggs will be part of a silent auction to benefit Artlink Inc.

Event 2: Public Showing – Art Detour - March 19 and 20, 2016 in the Drive Thru Gallery Courtyard (918 N 6th St). This creative and innovative opportunity will introduce an expanding audience to you and our arts community while bringing awareness to the preservation and inspiration of the David Wright House. 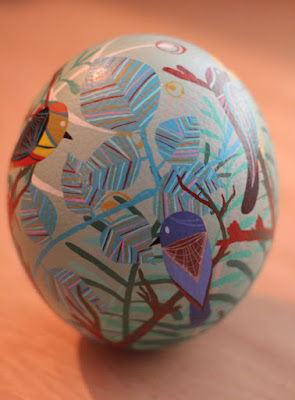 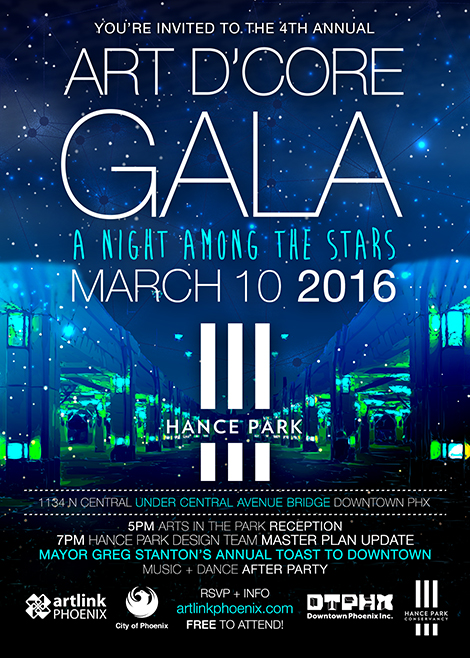 About the David & Gladys Wright House:

In 1950, Frank Lloyd Wright designed a home for his son David and daughter-in-law Gladys on 10 acres in the middle of citrus groves at the base of Camelback Mountain in Phoenix, Arizona. The design elevated the home in the form of a spiral rising from the desert floor, converting the treetops into the lawn and revealing 360° views of the mountains forming the valley. Mr. Wright title of the plans “How to Live in the Southwest.” Completed in 1952, the David Wright House is one of three spiral designs realized by Mr. Wright and the precursor to the Guggenheim Museum in New York City. The house is regarded as Mr. Wright’s last residential masterpiece.